Operations for seabed cleaning from aquaculture mussel nets started in May in Chalastra, Greece. 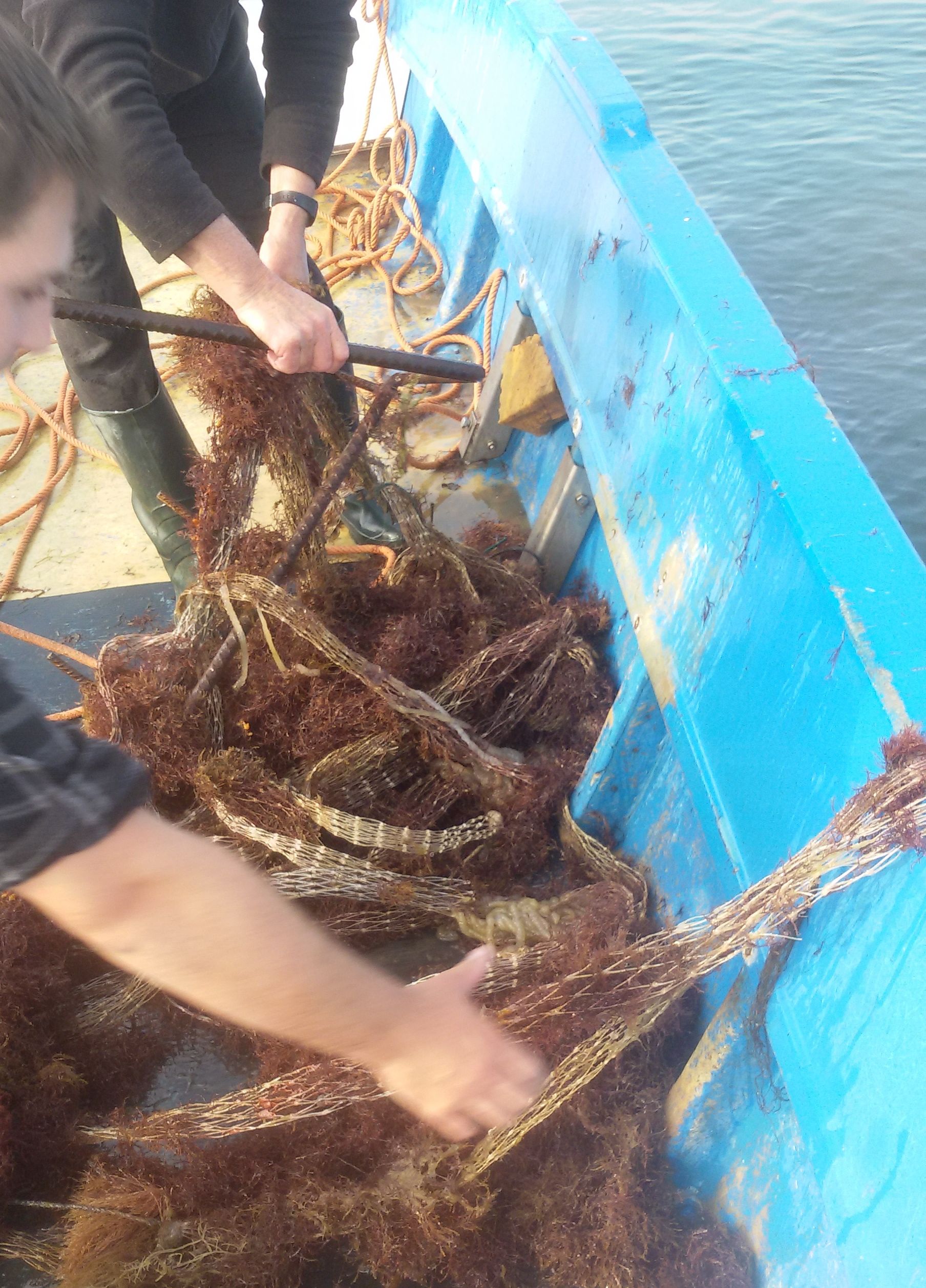 Collection of mussel farming nets from the seabed on the boat

Mussels (Mytilus galloprovinicalis) are among the top aquaculture species produced in Greece. Along the western coast of the Thermaikos Gulf, about 30,000 tons of mussels are being produced annually, which corresponds to the 80-90% of the total Greek mussel production. Longline and pole farming are the two techniques currently used for mussel’s production.

Longline farming implies the use of polyethylene/polypropylene nets hung from floating longlines, where mussel spat is loaded. Due to bad weather conditions, some of those nets get broken and lost, ending up on the seabed or stranded on beaches. In other cases, mussel producers and workers fail to comply with proper waste management regulations, due to lack of awareness and sometimes of proper disposal facilities.

Piling up for decades, mussel nets make up the gravest marine litter problem in the Thermaikos Gulf. This has been proven during the regular beach clean-ups organized since 2010 by the Thermaikos Gulf Protected Areas Management Authority where around 70% of the collected litter was made of mussel nets and ropes. 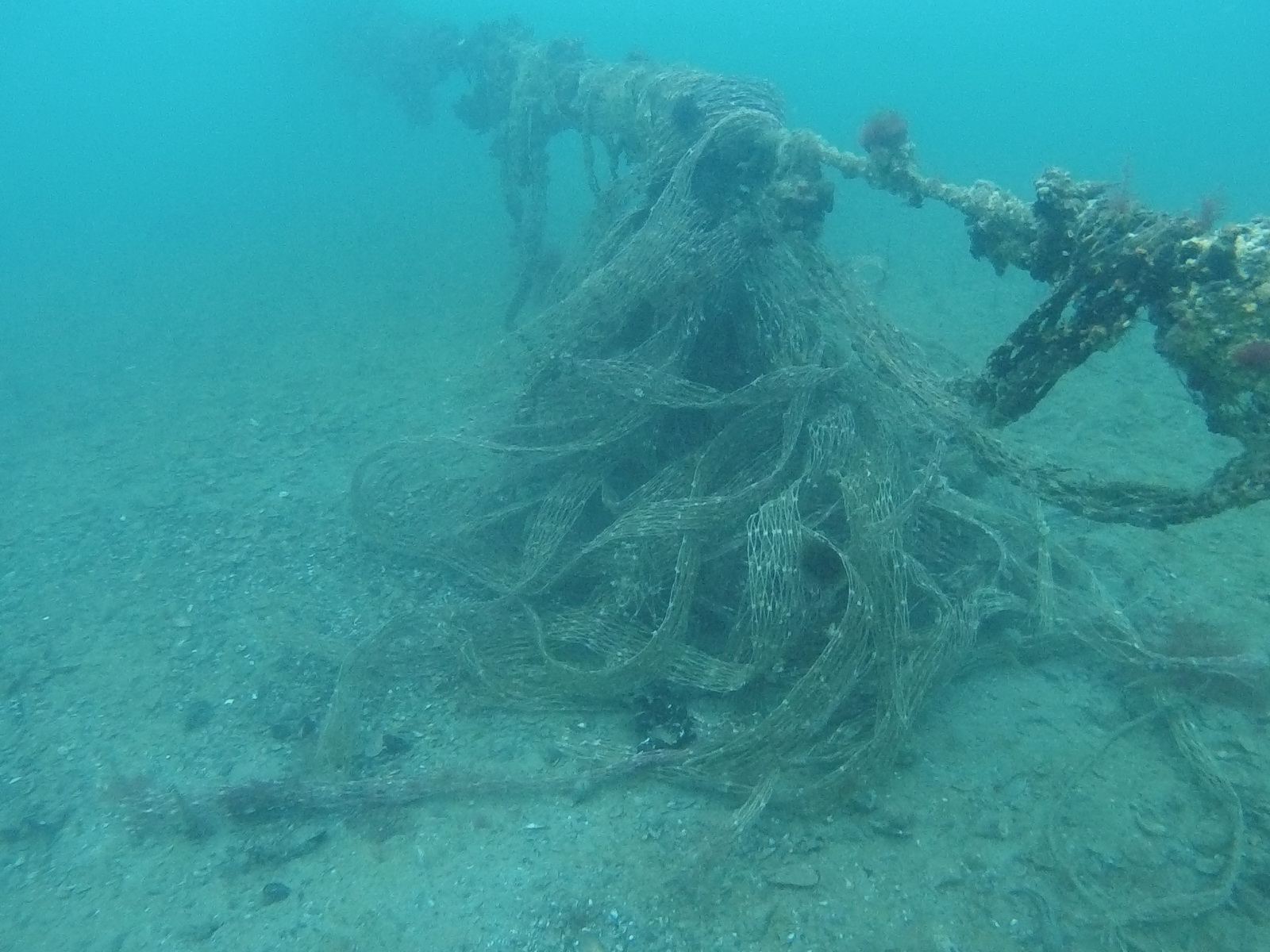 In order to improve mussel farming activities management, a new management system is being set up: the government has established two “Areas of Organized Development of Aquaculture” called POAY in the Thermaikos Gulf. These organisations are managed by consortia composed of representatives of the involved municipalities, farmers and other authorities. The POAY Thermaikos will manage the activities in the northern part of the Thermaikos gulf, and the POAY Pydnas – Makgygialou will manage the activities in the southern part of the Thermaikos gulf. Stakeholders in charge of the POAYs expect that the full function of the organisations will change the situation radically, with better management and legislations, including waste monitoring and management.

In the framework of the new POAY’s rules, mussel farms are being relocated in deeper waters of new dedicated areas, and the producers are obliged to clean the seabed in the areas where their farms were previously allocated. In May cleaning seabed cleaning operations have started, and the POAY Thermaikos personnel is helping the producers in this first time ever seabed cleaning action, using improvised (but efficient!) tools. 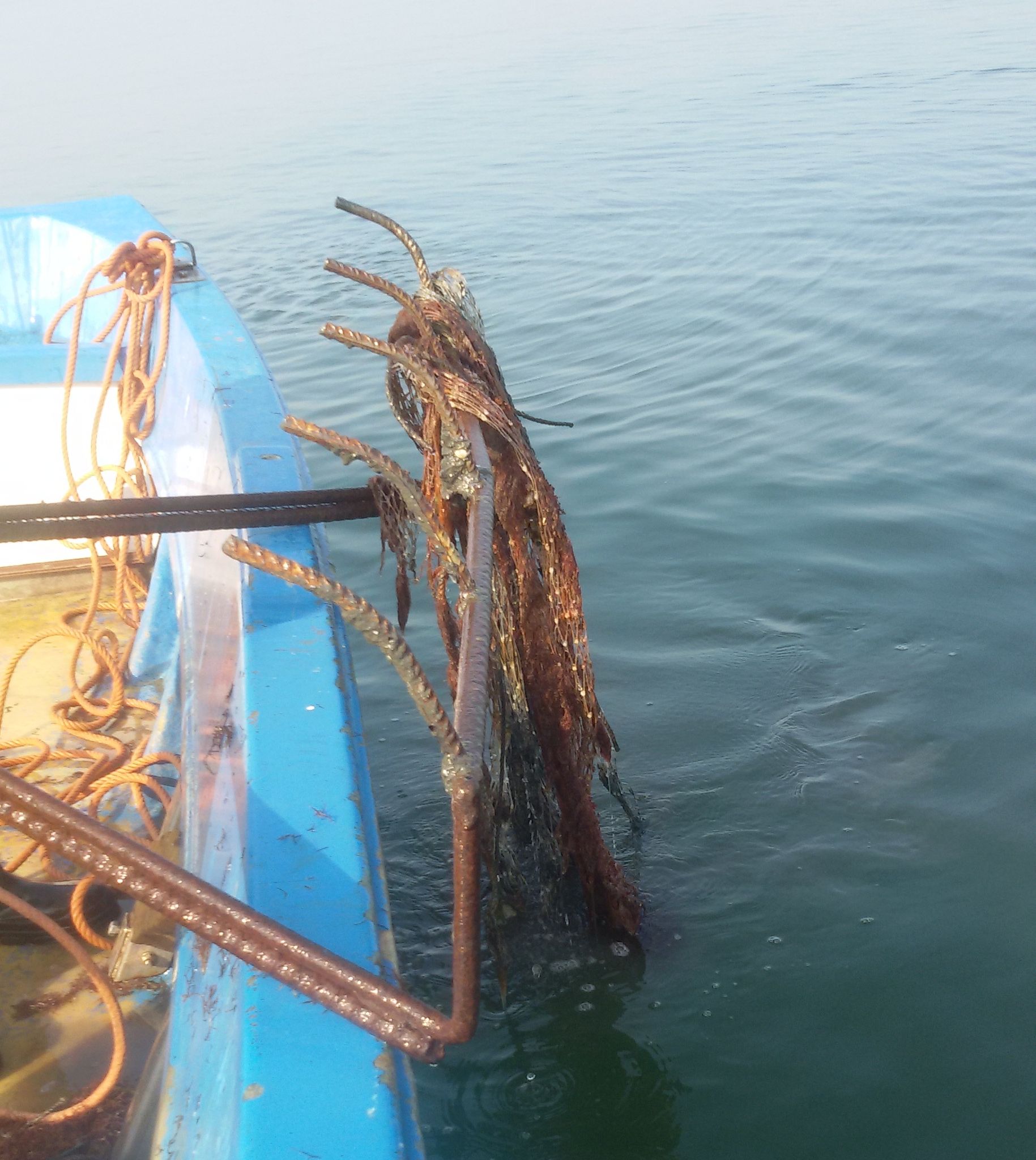 The Thermaikos Gulf Protected Areas Management Authority collaborated with AQUA-LIT project by interviewing several aquaculture stakeholders for gathering information to feed the Mediterranean Learning Lab report on barriers, challenges and solution for tackling aquaculture litter in the Mediterranean Sea basin, and by providing the above-mentioned information and pictures. 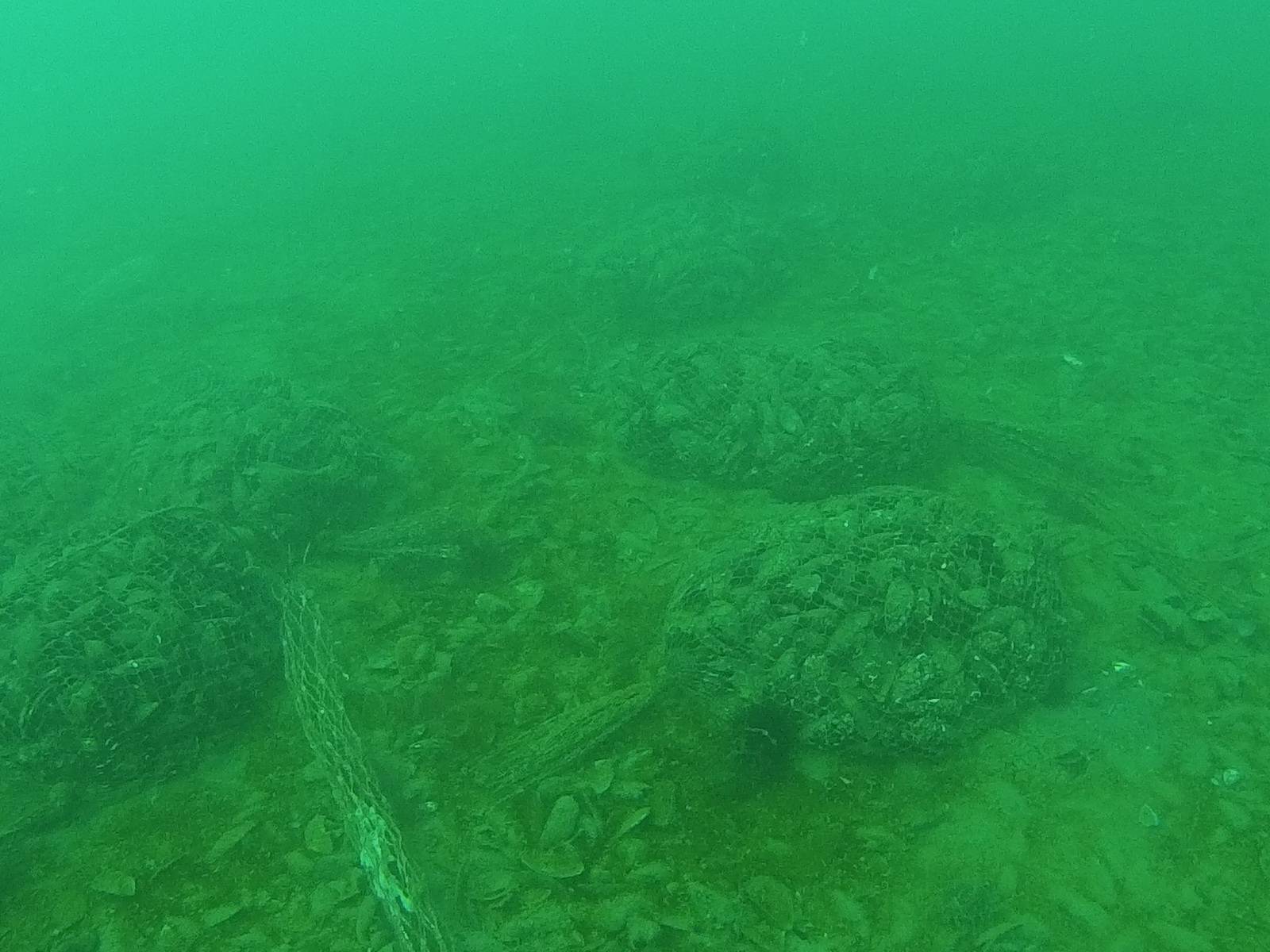